PERIODONTAL REGENERATION FOR PERIODONTITIS IN THE ANTERIOR MAXILLA – A study 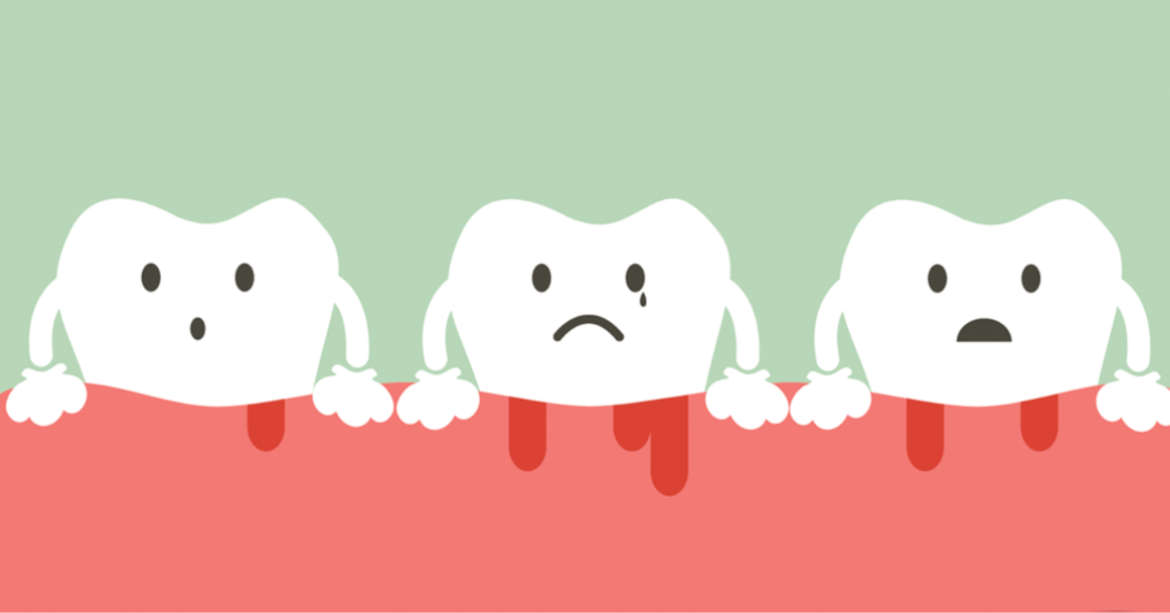 The study titled, ‘Regenerative Treatment of Severe Periodontitis in the Anterior Maxilla’ was originally published by Dentistry Today. Comprehensive improvement cannot be achieved when severe attachment loss is present until the periodontal cases.

Periodontal regeneration has a variety of approaches that have been developed. To regenerate lost attachment in the deep, intrabony defect, guided tissue generation and bone grafts have been implemented. Both of them have had varying degrees of success. Clinical trials and histologic observations have shown that some of the regenerative procedures may lead to healing that can be termed as periodontal regeneration. It is due to this variability in the regenerative procedure that sparked an interest in the periodontal wound healing process with the help of biochemical mediators.

As the understanding of embryologic and biochemical development grew, a hypothesis was put forward. It stated that the cellular mediators expressed by Hertwig’s epithelial root sheath play a role in the genesis of the periodontal ligament. What’s more, there were multiple animal studies conducted which led to the identification of enamel matrix proteins in the development of the root and the adjacent periodontal ligament. In the late1980s, it was put forward that growth factors could be used to attain periodontal regeneration.

Challenges with the Anterior Maxilla

With the anterior maxilla, there are several challenges to have a functional and aesthetic regenerative outcome. Amongst the multiple clinical challenges, primary closure over the treated area is one of the most vital.

A technique to preserve papillae during flap elevation was introduced to allow for primary closure of the flap in the interdental areas. Osseous grafting was first used with this technique. However, with the aim to increase the degree of regeneration, modified papilla preservation technique in association with a nonresorbable (ePTFE) barrier membrane, was introduced. A modification to the papillary preservation technique was reported. This modification provided a means to obtain and maintain primary closure over a barrier membrane in posterior or narrow interdental spaces.

All the above mentioned regenerative techniques have led to significant improvement in the treatment outcome. An alternative technique has been developed which utilizes an enamel matrix-derived amelogenin growth factor, combined with an ideal flap design involving papillary preservation.

Let us have a look at the following case that showcases the successful management of periodontitis in the anterior maxilla with papillary preservation and an amelogenin growth factor.

The patient is a 60-year old white male who had complaints regarding his gums being tender and that he would like to improve his smile. He did not use any prescription medications and his medical history was noncontributory.

A clinical examination of the patient was carried out and it revealed a healthy periodontium. Although, it did have an exception of an erythematous and edematous papilla. A diastema was also discovered which had a 9-mm probing depth, 1 mm of recession relative to the facial restorative margin, and the presence of a purulent exudate upon probing. Subgingival calculus was not detected. A mesial 1-wall intraosseous defect was revealed with a radiograph.

The following treatment alternatives were presented to the patient:

Once the treatment alternatives were discussed with the patient, the regenerative treatment was chosen.

Once the local anaesthesia was administered, a 6400 scalpel blade was used to make sulcular incisions. From the palatal aspect, the papilla was incised and reflected with the facial flap. A burnished subgingival calculus and a 6-mm 1-wall intraosseous defect were found on the mesial root surface of the tooth, following the elevation of the mucoperiosteal flap. The root surface was chemically biomodified with a neutral pH buffered ethylenediaminetetraacetic acid (EDTA) gel, following the ultrasonic and hand instrumentation of the root surface. The root surface was washed with saline and amelogenin growth factor (Emdogain, Biora) was applied to the root surface. It was then allowed to remain undisturbed for 2 minutes. The gel binds to the root surface due to the proteins present in it. Keep in mind that the area should be isolated from blood and saliva during the 2-minute application interval. The flaps were replaced followed by a tension-free wound closure using a 5-0 and 6-0 resorbable vertical-mattress sutures.

During the conclusion of the 60-day surgical follow-up appointment, the patient was placed into the periodontal recall system. He returned for a 3-month supportive periodontal care. After 6 months had elapsed following treatment, it was noted that the area was not probed. The patient’s periodontal evaluation led to the following revelations:

This blog has addressed the treatment of severe periodontitis in the anterior maxilla by opting for a papillary-preserving surgical approach with regeneration. In multidisciplinary cases, the treatment could be followed by orthodontic therapy and restorative treatment. This could help restore anterior aesthetics completely.