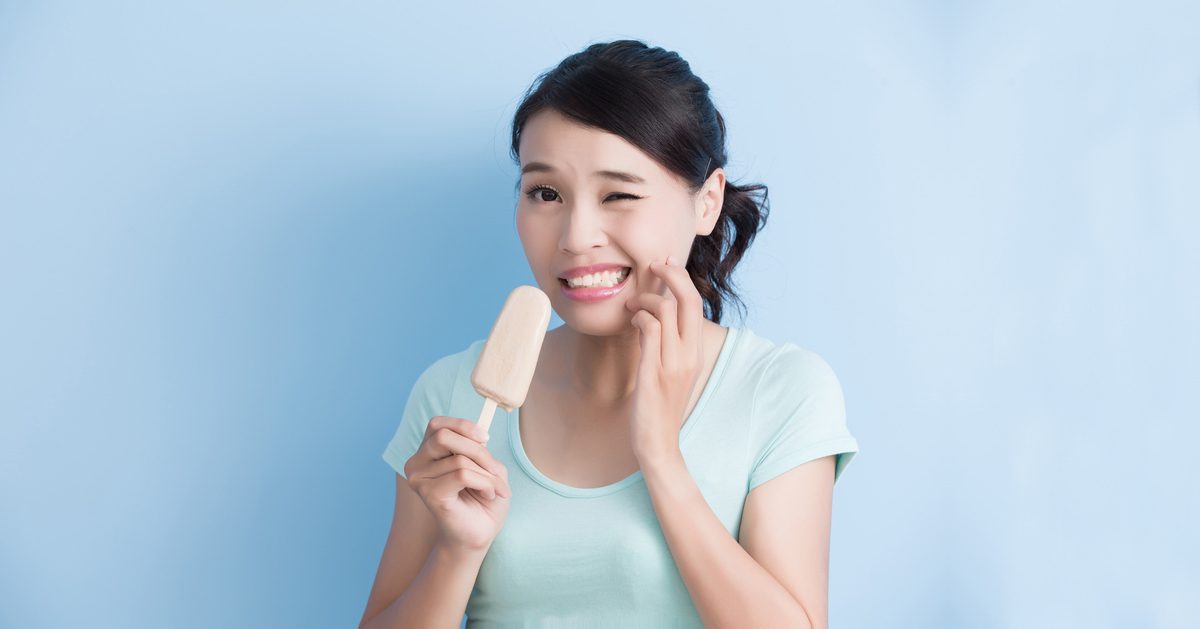 This study was originally published in the Journal of American Dental Association, Oct 2017, Vol 148, Issue 1.

In the practice of dentistry, dentinal hypersensitivity (DH) is one of the more common problems that dentists encounter. It has a prevalence ranging from 8 to 57% in patients. One of the suspected causes for such a wide range is the difference in methods used to diagnose the condition. Dentinal hypersensitivity can be defined as a short, sharp pain caused as a response to stimuli of the following nature:

While patients most commonly experience sensitivity as a reaction to cold stimuli, the pain can also occur when acidic, sweet, or salty foods are consumed. Some patients also complain of pain while brushing or touching the sensitive area. Moreover, it was observed that tooth sensitivity is most prevalent in adults between the ages of 30 to 40 years. It is also more commonly seen among female patients.

The most commonly affected teeth by DH were the upper molars. Higher levels of sensitivity were reported in patients who smoked or suffered from periodontal disease. While DH has been studied in practice-based research settings, many differences in the methods used to diagnose and treat were noticed.

Hence, this study was conducted to identify the preferred methods for the diagnosis and treatment of DH.

A questionnaire was used to determine the diagnostic methods, treatment modalities, and predisposing factors of DH. For this study, the answers of 185 National Dental Practice-Based Research Network clinicians were used.

Now, the agreement between each response was calculated. If there were no responses for an item at both tests, that item was excluded from the evaluation. The percentage agreement was calculated as:

For the practitioner-level agreement values, the descriptive statistics were calculated with the minimum and maximum agreement being 45.65% and 100%, respectively. No further changes were made to the questionnaire after the testing process.

Once the training for necessary human subjects and conflict of interest was completed, all 185 practitioners were considered study-ready.

The considerations for the sample size were based on the precision of the estimation of percentages. After adjusting for the effect of clustered sampling, this was represented by 95% confidence intervals. Variance inflation was calculated for a range of likely values of intracluster correlation for the adjustment. The treatment modalities were estimated on the basis of cluster-adjusted chi-square tests.

As per this analysis, a target sample size was set at 180 practitioners. The descriptive statistics calculated include:

To compare the distribution of categorical variables, chi-square and Fisher’s exact tests were employed. As for the analysis of continuous variables, analysis of variance and the Kruskal-Wallis test was used. While Tukey and Wilcoxon rank sums tests were utilized for post-hoc comparisons.

Out of the 180 practitioners surveyed, the first choice for diagnosis of DH was as follows:

In order to manage dentinal hypersensitivity,

The following predisposing factors for tooth sensitivity were reported by the practitioners:

The study concluded that most of the network practitioners have a varied approach to the management and treatment of DH. However, desensitizing OTC potassium nitrate toothpaste and fluoride formulations are the most frequently prescribed products for managing DH. It was also noticed that the most likely causes that contribute to sensitivity is recessed gingiva, followed by enamel erosion, abfraction lesions, and bruxism.