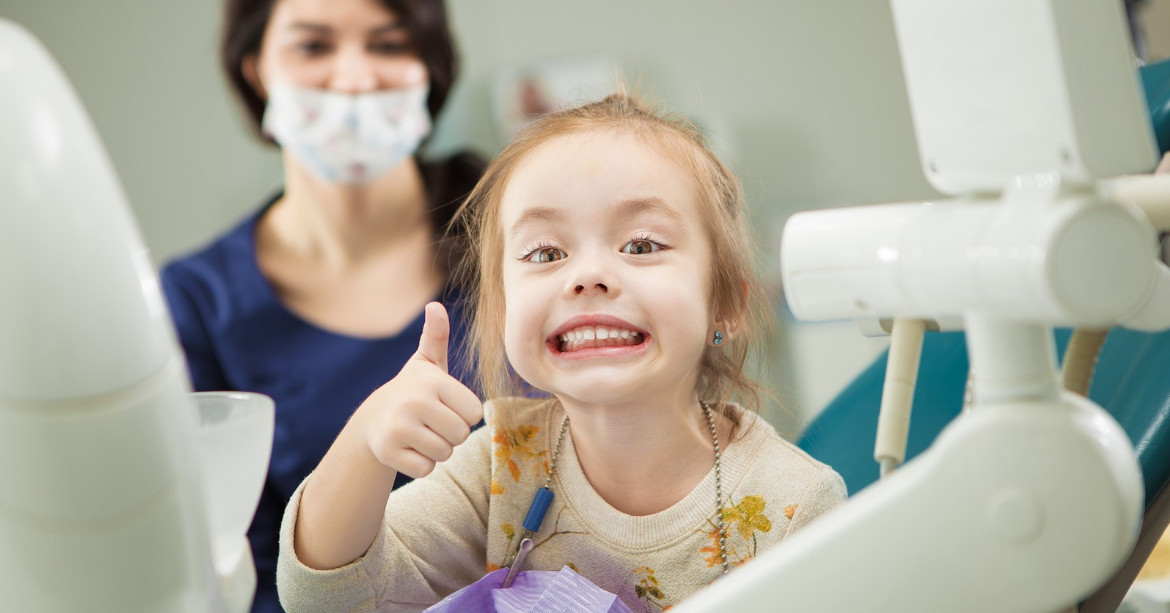 This Case Study is based on ‘Traumatic Intrusion of a Tooth: A Case Report’ that appeared on DentistryToday.com.

A traumatic tooth intrusion is an injury that commonly affects young children and adolescents. Many people fail to realize the serious complications that can arise as a result of such an injury. Through these injuries, children either suffer trauma to primary or permanent dentition, depending on their age. Most of these dental traumas are a result of accidents or assaults.

A traumatic tooth intrusion often involves displacement of the tooth farther into the alveolar bone. Research has shown that luxation injuries to primary teeth are more intrusive in nature when compared with permanent teeth. This is probably due to the fact that a child’s alveolar bone is more pliable compared to an adult bone.

Dangerous complications can occur when the tooth:

The case study we are about to analyse is based on a tooth intrusion involving a child. One of the central incisors was not visible and was initially presumed to have been torn away from the root. A CT scan later revealed that the incisor was present as a mass in the nostril region. It was then removed surgically without further complication.

This case’s history involves an 8-year-old child who was presented to the Emergency Room at Cayuga Medical Center in Ithaca, NY. The boy fell from a tree at a height of about 15 feet. He had injuries to the oral structures and the face. An initial extraoral exam showed a nasal fracture along with a mass protruding across the left lateral pyriform aperture. No tearing or abrasion was observed in the overlining epithelium. A laceration of about 3 cm was evident in the submental area. The anterior region of the mouth, especially the premaxilla, displayed injury common with low-intensity blunt trauma. This included multiple alveolus fractures and lacerations in the gingival tissues. The central incisor on the right had been torn away and was held by a tiny piece of gingival tissue. The central incisor on the left was missing but found near the tree where he had fallen from. The root of the left incisor had a fracture. The mandibular anterior segment was also fractured enbloc with teeth.

The left lateral incisor and right central incisor were first removed. Manual pressure was then used to reposition fractured segments in the maxilla. Sutures were applied to close intraoral lacerations. Then carbon fiber ribbon was used to reposition the mandibular arch’s fractured alveolus. Composite resin was used to stabilize the fractured alveolar segment. At the end, silk sutures were used to close the submental laceration.

Follow-up medication included penicillin and clindamycin along with Lortab as required for pain. The patient was referred to an oral surgeon for removing the protruded central incisor.

After 7 days, the oral surgeon removed the displaced tooth along with spicules of bone through an intraoral approach. The procedure was done after placing the patient under general anaesthesia. The healing process was uneventful.

While dealing with oral-facial trauma, priority should be given to removing the following:

The above-mentioned can become potential foreign bodies and compromise the airway. After these entities are removed and the patient stabilized, a complete examination should be done for head and neck trauma, including evaluation of missing teeth.

An avulsed tooth absent in both the socket and the accident venue should be treated with concern. The patient should be checked for aspiration, intrusion or ingestion of the tooth in question. An intruded tooth can have an impact on any of the sinuses and result in a brain abscess.

An aspirated tooth may be difficult to diagnose. If the patient develops breathing difficulty, cough or fever, then aspiration should be suspected. A chest radiograph will reveal the reality.

In the case of ingestion, the tooth will likely pass safely through the gastrointestinal tract. However, foreign body ingestion comes with its share of risks. Even though a majority of foreign bodies are kicked of the system within a month, there are instances where it results in gastrointestinal obstruction, bleeding, perforation and sepsis. An abdominal radiograph is recommended to locate the ingested tooth, followed up with a stool examination to verify whether the tooth has been passed or not.

A patient with facial trauma is likely to be distracted by other injuries. It is important to draw attention to missing teeth and check for intrusion. The life-threatening consequences of intrusions must be nullified with the use of radiographs and axial tomograms.